Rate This Insight
6.24.12 | by Trendscaping Editors

What happens to food courts, amusement parks, and Olympic venues when they are outdated and overgrown?  Should they be revitalized or demolished?

Three projects across the globe are re-imaging, re-branding, and re-financing iconic structures with the hope of tapping into consumer culture with inspiring and informing works.

Jon Pack and Gary Hustwit are exploring the legacy and impact of the Olympic Games on economies, architecture, and building via a kickstarter photography project titled The Olympic City. The fully funded hardcover art book will document the successes and failures, the forgotten remnants, and ghosts after the torch is extinguished.

According to he project page, "Some former Olympic sites are retrofitted and used in ways that belie their grand beginnings; turned into prisons, housing, malls, gyms, churches. Others sit unused for decades and become tragic time capsules, examples of misguided planning and broken promises of the benefits that the Games would bring. We're interested in these disparate ideas — decay and rebirth — and how each site seems to have gone one way or the other, either by choice or circumstance. We're equally interested in the lives of the people whose neighborhoods have been transformed by Olympic development."

The team is now crowdsourcing other Olympic cities from members who back the project — with Sarajevo announced days ago. So far, the team has photographed Los Angeles, Montreal, Lake Placid, Athens, Rome, and Mexico City.

Days remain to support the book (approximately 200 pages) and New York City exhibition before finalizing summer and fall travel. With $54,813 of the $45,000 needed for the project to be fully funded, it's clear to us that the idea resonates with the collective community.

We were so moved by the project that our founder became a backer. To learn more click here.

From June 28-July 1, 2012, Kulturpark will re-open an abandoned amusement park located in the sprawling Treptow Park in Berlin to explore the poetics and potential of these recent ruins, building upon the unique energy of Berlin’s urban, social, cultural, and political landscapes.

According to the website, the park, originally called Kulturpark Planterwald — built in 1969 by the German Democratic Republic — was a rare site for Soviet amusement and attraction. After the fall of the wall in 1989, the park became the family-owned Spreepark and suffered challenges of access, attendance, and economy. In 2001, the park closed from capital collapse. Ever since, visitors have regularly traversed the fence to explore this jungle of broken thrill machines.

Earlier this month students, artists, researchers and creatives from Berlin, Harvard University, the Urban Art Institute, and around designing site-specific works inside the park. The only working amusement ride, the train, will be utilized in the public interactive opening which includes a 2-day conference, public exhibition, and civic exchange.

We love how the Kulturepark team has ignited cultural imagination to explore opportunities for shared memories — past and presence. Learn more about the Kickstarter here.

Ever evolving as a community gathering space, Seattle Center is re-branding and remodeling its Food Court with artisans, chefs, and street food vendors to take over the new spaces and kiosks under the Century 21 Master Plan.

Built in 1939 as the old Armory Building, the Worlds Fair reconfigured the space into the first vertical shopping mall, called the Food Circus. Over the decades, not much had changed within Seattle Center's kid-centric, dated structure – including the fast-food menus and candy shops.

As society continues to examine child health and diet, we’re particularly interested in the latest addition to the revitalization: Bean Spouts, a national café chain and cooking school dedicated to sparking children's appetites with yummy, good-for-you food. We hope these changes help to make happier mealtime – deserving of the 21st Century mantra. 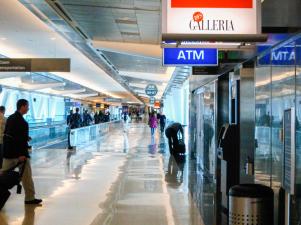 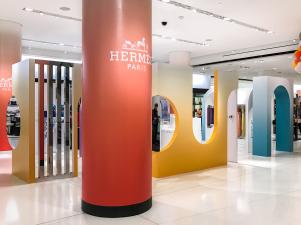 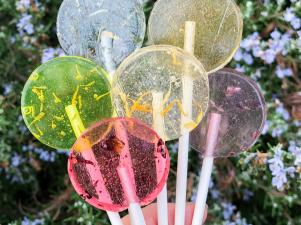