Rate This Insight
7.17.17 | by Trendscaping Editors

Inspired to develop a project depicting the building boom and a skyline of 60+ cranes, Joyce came across a hand painted sign at the corner of Thomas and Boren that read: Co-Mingle. Given the construction and development within the South Lake Union neighborhood, she purchased a couple hard-hats and embraced this symbol as a grass-roots community outreach project.

After some convincing, safety class, and a promise not to be injured, the head of the crew let her photography team beyond the curtained fences to explore and document what would eventually become the Troy Block.

“I had expected chaos and destruction, but what I saw was a beautifully choreographed and orchestrated operation. Two cranes brought in supplies, trucks dumped tons of dirt, giant funnels poured cement into columns, workers carried rebar, there were tractors digging, a huge conveyor belt moved stuff from the bottom of the pit to the street level, it was a loud whirlwind of activity.”

Crowdfunding via Kickstarter for Project: Co-Mingle is an opportunity for the community to grasp the beauty in three years of photography and documentation at the buildings opening party where funders will rub shoulders with the artist, city planners, developers, contractors, and tower occupants (Amazon & Farestart).

Where else would these groups Co-Mingle? 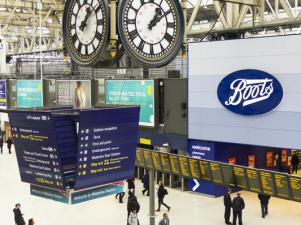 In the Round
VISUALIZE TREND EVOLUTION, EXPLORE INSIGHTS, AND CONNECT THEMES.
DISCOVER OUR TREND MAP
1