Rate This Insight
4.16.12 | by Trendscaping Editors

The throwback packaging is not only unique but functional. "Increasingly, beer drinkers are learning that cracking open a craft beer in a Ball can – whether in an aluminum or steel can – is like tapping a fresh keg ... you get exactly what you expected," said Gary Woeste, vice president, sales and marketing, for Ball's metal food and household products packaging division, Americas.

Founded by actor Adrian Grenier, Justin Hawkins, and Ryan Sowards, Churchkey Can Co.'s eco-conscious influence isn't ironic. Cans are a sustainability success story and the number one recycled beverage container of any kind in the United States according to data provided by Ball Corporation. Steel cans have the highest recycling rate of any food package at 66 percent while aluminum cans enjoy the highest recycling of any beverage packaging at 58.7 percent. Both steel and aluminum cans are infinitely recyclable and require less fuel to ship to the brewery and to retail outlets after being filled.

The Pacific Northwest-brewed Pilsner-style craft beer was originated by Portland-based home brewers Lucas Jones and Sean Burke — who have been crafting home brewed beer in their garages for many years. To bring the beer to market, Churchkey Can Co. turned to Joel VandenBrink, head brewer at Two Beers Brewing Co. and the first Washington brewery to produce 12-ounce cans.

"It's about the joy of drinking good beer – from the people you drink it with, to where you drink it, and with this unique package, how you open it," said Justin Hawkins, Churchkey's co-founder and creative director. "We didn't make these traditions, but are keeping them alive with Churchkey."

The backdrop of King's Hardware was an excellent choice for the brand. "We had a great time hosting Churchkey – obviously I love all things retro. I remember my grandfather and my dad drinking beer from flat top cans on summer afternoons at a lake we used to go to in the Adirondacks when I was a kid," said Linda Derschang, owner of King's Hardware. "The cool thing is the steel can is great for the taste of the beer and is totally recyclable, so you get to enjoy retro packaging without the guilt," she continued.

The launch of Churchkey Can Co. marks nearly 50 years since the introduction of the original flat top steel can. Like trends that harken back to an earlier time, the package and product must be in sync to resonate with consumers, retailers, and drinking establishments. In addition to King’s Hardware, the newest flat top steel cans are sold at PCC, Whole Foods, Dig and Pony, and RN74.

For us, the strength this brand centers around simplicity and lessism — an opener, which obtains its name from its similarity in style to the large old fashion keys formerly used to open a church, and the little extra effort of punching two small triangular holes into the top of the can, allowing for aeration and pouring of the beer.

What's nice about this beer — and the experience — is what you can't do when you are opening the can: talk on your cell phone, Instagram what's for dinner, or change the channel on the remote.

It's worth the effort.

Editors Note: Thanks to Erika Desroche of Blonde House Production for inviting us to this event. 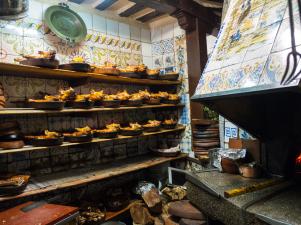 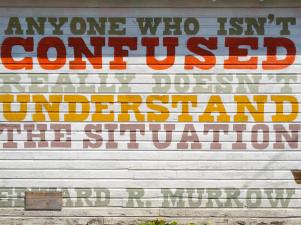 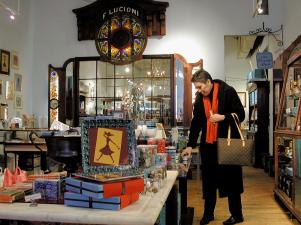