Rate This Insight
5.24.09 | by Trendscaping Editors

Free-spending enthusiasm to dress in the latest fashion and dine out at the chicest Michelin star restaurant might be economically insensitive but chic and delicious in 2009 is not slipping in quality.

Our cultural intelligence of trends in consumer spending, continued from Austerity Chic: Part 1, might make you rethink little indulgences.

Cultivate. Create. Control.
As uncertainty about financial future takes its toll, many people are turning to gardening, sewing and the movies for relief to help treat wounded psyches. People want to control the things in their lives and seeing the fruits of their labor.

Taste
Eating and drinking our need not be eliminated completely. Instead, consumers are looking to small portions (a new found appetizer or 70% cacao chocolate can pack a punch) or a indulgent Sunday brunch. Indulge your senses with rich or exotic flavors you can’t readily find in your pantry. 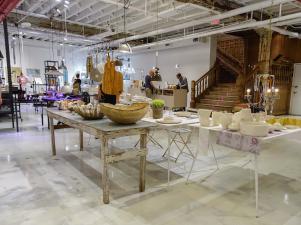